I’ll start off by sharing with you that I’m not stoned. In fact, I don’t partake in drugs at all. But I am tossing this blog post back and forth with a couple of stoners, Tim and Robbie, and as I write it, their feedback will affect its direction.  I really have no idea what’s about to take place or how successful this will be.  Consider this my first stoner crowdsourced post.  So before we continue, a warning. There will be drug references throughout.  So guys, anything to add?

TIM: You’re a couple of days late on this dude.

Yeah, I know.  I missed posting it on 4/20.  But I’m actually a year late in posting it.  It was formulating in my mind May of last year.

Phil Hettema is a very tall guy.  At a recent TEA mixer, I was standing between Maris Ensing and Shane Grammer, feeling grossly inadequate about myself.  As I was looking up (imagine a sea lion in a zoo looking at someone holding a fish), I began to feel very insecure.  I started imagining that if Phil Hettema and, for the sake of imagination, Craig Hannah on stilts, were to join them, that I would be like a Hobbit surrounded by wizards.

TIM: They’d send you to chase the dragon.

ROBBIE: What if Craig Hannah was a beautiful woman? 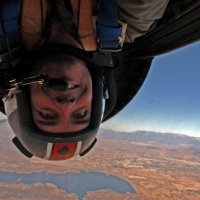 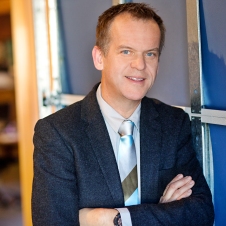 If I were surrounded by Maris Ensing, Shane Grammer, Phil Hettema, and Kelly Ryner, I would feel like Chimelong Ocean Kingdom or Hong Kong Disneyland – surrounded by tall mountains on three sides and the beautiful ocean on the fourth (Kelly introduced me to Craig, who, off the top of his head, came up with the most remarkable attraction for my museum – just listening to him was one of the most incredible experiences I’ve had.  Unfortunately, we did not have the budget, but I can never thank Kelly enough and am so happy for her new role in Asia).

The idea for this post started last Summer.  I received a call from a graphic designer who I shall keep nameless to protect his job, who lives in a city that had installed a giant observation wheel sometime in the past five years.  I shall also keep the name of the city and the name of the wheel confidential since that might reveal this person’s identity.

Sure.  So he called me one day concerned about this giant wheel.  “It’s an eyesore,”  he told me.  “The thing looks like a big carnival wheel.  It doesn’t fit in here.  When you go on it, there’s some canned narration that’s just really boring and makes you feel like you’re on one of those inter-terminal trains at the [name omitted] airport.  I don’t like it.  I don’t get it.  Where did they go wrong.”

I had only one answer for him.

“They didn’t hire The Hettema Group.”

I first met Phil Hettema in his office in the long white building on the Universal Studios backlot back in 1999.  I had just left Texas, where I had worked on the IMAX Ridefilm simulator and was wanting to know more about how one could give the backstory and feel for a simulator ride that one couldn’t see from outside the building.  A great contact I made at the 1998 IAAPA Attractions Management School put me in touch with Phil, who had played a pivotal role in both the Back to the Future rides and the design of Islands of Adventure which featured the Spider-man hybrid dark ride simulator.

TIM: Did he ever do anything for you.

Phil gave me a poncho from the grand opening of Jurassic Park: The Ride.  I am forever grateful as that was an extremely wet experience I was unprepared for.  But that attraction also showcased something special about Phil Hettema: through effects and light and sound and animatronics, your adrenaline and anticipation build up, making the drop much more exciting.  He understands that a change in elevation can be more than an action.  It can be a complete experience unto itself.

Regardless of whether it’s virtual, as with the aerial dogfights and flyover of the globe in Beyond All Boundaries at the National WWII Museum in New Orleans, or real, like a ride on the Ferris wheel at Zhejiang, China’s Hello Kitty Park, where an intricately designed landscape of bright colors and geometric shapes begins to appear below, Hettema and his company get it.

There is always that one project that a company undertakes for which they are known forever….the culmination of all its employees’ experience and skill into one landmark attraction.  When I think BRC – I think of the Saturn V Center or Mystery Lodge.  With Thinkwell, it’s the Warner Bros Studio Tour in London.  Whenever I hear JRA, I think of Ferrari World Abu Dhabi.  PGAV brings to mind Chimelong Ocean Kingdom.  Everyone has their own preference, but to me these are the attractions these particular organizations worked on that are masterpieces.  There are, of course, many more such projects and the companies that perfected them.

ROBBIE: Have you been on that boat ride with the monsters at Six Flags?

Here are some of the ingredients for the ultimate Hettema attraction:

It’s in there.  At One World Observatory, just like Hello Kitty Park starts to spread out beneath you on the Ferris wheel, the city of New York begins to appear beneath you as you head towards the observation decks aboard the world’s fastest elevators.  These are, however, not normal elevators.  On the ride up, floor to ceiling screens on each wall show the city evolving beneath you as you rise from swampland to the metropolis you see today. Going down…..

Going down, the elevators take on a Charlie and the Chocolate Factory Great Glass Elevator dimension as they appear to fly around the tower.  The experience of One World begins in the basement and continues at the highest levels.  This is not a story about 9/11.  There’s a separate museum on the grounds that tells that story.  One World tells the story about its own tower, and about the city and the people of New York.

Las Vegas is as distant a state of mind as it is miles from New York.  New York has always been a hodepodge – the rich and the poor, ethnic communities, theater, finance, and leading universities – all within reach of the average tourist.

Las Vegas has these too, but they’re hidden behind the glitz of the Downtown and the Vegas Strip.  You have to be a local or head off the beaten path to find the reality of Vegas, and the majority of tourists don’t.  Why seek out a local greasy spoon when Gordon Ramsey has a burger joint in your hotel?

About a block off the Strip lies LinQ, a somewhat new shopping/dining/entertainment complex owned by Caesars and right in the middle of it is the High Roller, the world’s largest observation wheel.

ROBBIE: Are you talking about Link from the Zelda games?

Hettema created the show, taking its cue from the Vegas Strip.  It has the same high energy in the queue and preshow as a Las Vegas casino, which then continues into the capsules.

This is where things differ from that other observation wheel the graphic designer complained to me about.  Unlike a canned narration (although I’ve heard that may have changed sometime in the past year), local comedian Lucas Dick (son of Andy Dick), was chosen to guide visitors on their spin around the Vegas skyline.  It’s got a youthful feel, it’s hip, and irreverent.

TIM: Andy Dick. Remember when he was dating Drew Barrymore?

That was Tom Green, but I see how you can confuse the two.

I thought it was a funny joke.  “Getting high” and “taking a trip” and all that.

ROBBIE: OK, but where’d you come up with this idea man?

I actually got the idea from a Hettema attraction:

And that folks was my first and last stoner crowdsourced blog post.