At the beginning of July, a strange rumor started circulating on social media: In the shadow of the death and funeral of its owner, John Holer, Marineland of Canada, near Niagara Falls, had secretly shipped two of its beluga whales to China. Some of the posts and tweets stated that the sale and transfer was not a rumor, but a fact. 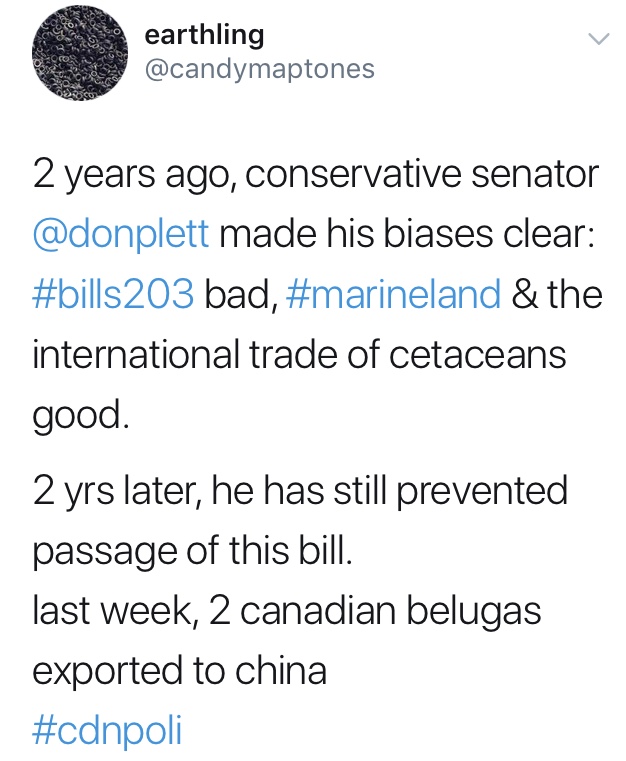 The social media posts stemmed from a July 3 report in the Chinese government-controlled media. It reads, and this is a rough translation:

“It is reported that the beluga whales came from Canada, entered the Beijing Capital International Airport, and then transferred to Guiyang, and Guiyang Customs sent a staff to Beijing to carry out the whole process of quarantine supervision. Due to the long transportation time and the hot weather along the way, in order to ensure the safety of beluga whales, the customs officers responsible for quarantine quarantine and disinfect the contact personnel, quarantine sites and shipping vehicles, carry out full video surveillance of the unloading process, and package the whales. The objects and bedding are treated harmlessly. After 46 hours of long journey, after ensuring that the beluga whale is in good health and there is no trauma on the body surface, the beluga whale is safely placed in the isolation culture pond.

“In order to welcome the beluga whales, Guiyang Customs set up a working group for the quarantine supervision of the incoming beluga whales, organized professional and technical personnel to carry out quarantine supervision, arranged special personnel to follow up the disinfection vehicle pass, and implemented the site permit in advance, and went to the enterprise to isolate The quarantine-related system conducts policy announcements and prepares adequately.

“The white whale mammal is a national secondary protected animal because it likes to “sing” and is also called “sea canary”. The establishment of white whales in Guizhou will further enrich Guizhou’s species resources and add vitality to Guizhou’s tourism”

The article clearly stated that “It is reported that the beluga whales came from Canada…” Since there’s only one facility in Canada that houses belugas – Marineland – there was no question where they could have come from. The easiest way to verify this would be to ask the park itself. After an email inquiry wasn’t responded to, I called the park directly, only to be thwarted by former Marineland trainer turned anti-Marineland activist Phil Demers.

Now, I’m not trying to be a dick, but this is what really happened. Demers has undertaken the practice of posting on social media everytime he hears about a possible injury, illness, or death of an animal at Marineland. As a result, his followers deluge Marineland with calls to inquire about the condition of that particular animal. And the park operator hangs up on them. You can actually find videos online of people filming themselves calling Marineland and being hung up on.

About 24 hours before I called Marineland, Demers hit twitter.

So I called Marineland. I gave my name, gave the names of a few mainstream publications I write for, asked to speak to a media representative about the two belugas in China reported to be from Canada, and was promptly hung up on.

On my second call, I was told by the receptionist, “Tell your buddy Demers we record all his lies.” Then she hung up again.

And thus began an investigation involving eight attractions and tourism industry colleagues in the United States, Canada, Russia, and China.

The first thing we did was to contact Fisheries and Oceans Canada and Environment Canada, the two agencies that would issue export permits for belugas. Neither had, which was confirmed by a conversation with an animal rights advocacy group conducting its own investigation. At that point, we knew it wasn’t Marineland.

The line in the report that the beluga whales came from Canada was our only clue. We could rule out potential capture by First Nations or other parties due to the lack of export permit.

Taking a different approach, we kept in mind that when interpreting Chinese, words or groups of words can have different meanings.

Could this mean that the belugas originated in Canada, but were exported from a different country? This would include any belugas originating at either Marineland or Vancouver Aquarium and their offspring. We also looked into L’Oceanografic in Valencia, Spain, which is managed by the Vancouver Aqurium and houses a mating pair of beluga and their calf.

When we concluded our inquiries, all American and Spanish belugas were accounted for, so we ruled out this scenario.

Then came a bombshell.

A government tourism analyst in Beijing told us that the photo op and article were staged. At his request, we are sharing his statements here strictly on grounds that we maintain his anonymity due to his position within the government.

Government staged propaganda is common in China to promote goodwill towards projects or opportunities. And a lot of it is fake. For example, even before Shanghai Disneyland opened, a number of provincial and municipal leaders staged press conferences surrounded by local teens wearing knockoff Disney costumes, where they announced that Disney had entered talks with them to open the next Disneyland in China. Far from the truth, but the ultimate goal was to build up corporate investment, particularly from overseas investors, in those regions.

So why stage a photo op of what appears to be a happy beluga whale flirting with customs officers? (It looks authentic. Not only are those actual customs outfits, but that’s an actual facility that we have photos of from a few years back, although this one was a photo we haven’t seen before).

According to the analyst, the news story was designed to counter two recent stories about belugas that the government deems negative.

The first involved a trainer applying lipstick to a beluga at a Dalian aquarium.

The second involved the news that Merlin Entertainments would be moving its two belugas from Shanghai to a sanctuary in Iceland. According to the analyst, “The government is against this. The whales have become a vital part of economic development throughout the country. When a new aquarium opens, Chinese people expect to see the whales. The operation is often considered a disappointment if they are not there.”

One major factor that turned around government sentiments for Merlin’s export of the whales was a 2015 commitment by the company to increase development of attractions, such as Madame Tussauds and Sea Life, and build LEGOLAND theme parks throughout the country. However, although the sanctuary announcement was major news in Hong Kong and Taiwan, its coverage in Mainland China’s mainstream media was minimized.

Just how important are whales and dolphins to China’s economy?

My associate Michael Giskin, founder of China Orca News, has compiled this list, which is accurate as of the time of this post. Keep in mind while you’re reading this that we have estimated that on average, one new facility with marine mammals is opening in Mainland China every single month.

This is the real story about the beluga whales that were shipped from Canada.

They were not from Canada.

They did not originate with Canadian owners.

They were not part of a publicity stunt.

From June 9 to about July 31, the belugas were at an unknown location or locations while the 45-day quarantine period began

On July 3, Chinese media reported on the arrival of the belugas, reporting erroneously that they were from Canada.

On July 23, the 45-day quarantine period was completed as one of the two belugas departed Colorful Guizhou City Polar Ocean World

On July 25, one of the two belugas arrived at Ganzhou Polar Ocean World

We know that  the transferred beluga is female with a given age of around eight years old. Often a year or two might be fudged on the age to make it appear younger. As the Russian government increases its crackdown on illegal captures, which is driven more by who’s a friend of Putin rather than actual animal welfare concerns, documentation and media reports within Russia on marine mammal export to China become harder and harder to find. A seven to nine year old beluga could have come from either a facility or a live capture – although much younger whales are generally preferred for capture.

We have suspicions that these two may have originated at the Utrish Marine Station, part of the collection of 18 belugas held for the Georgia Aquarium. There were two females, one each from the 2010 and 2011 captures, that would currently be in that age range. Keep in mind though, that right now,  my statement on the whales coming from the Georgia Aquarium collection is purely speculation and we will keep investigating. If you decide to pass it along as fact on social media, that’s all on you.

As for the whales being reported as having come from Canada, Michael has an interesting theory – someone told the reporter that wild belugas can be found in Russia and Canada and he got confused.

A simple mistake that set off a storm.

Special thanks to Michael Giskin, Annie Wong, and the entire research team.